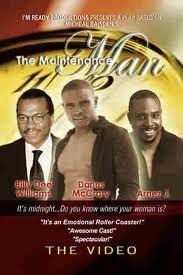 Death's Castle Purgatory. Holy Earth Scythe. Almost 15 years prior to the events of Slightly Damned , he was drafted into the army and became stranded in the Ring of the Slightly Damned outside Hell during a battle of the Great War. Darius adopted and became the foster father of Iratu , Sakido and Buwaro during his time in Hell. Being an angel, Darius resembles most humans, aside from his horizontally pointed ears and pale white skin. He wears bandages over the right side of his face and is blind in the right eye. His hair was originally dyed golden-brown around the edges but has grown out and been trimmed so it is fully white now.

He used to wear his Earth Angel uniform but has apparently replaced it with a black robe that is part of his Death disguise. As Death, he appears almost like the original, as a black robed figure with a dragonish head that appears to be made of black and dark red flames with a single white glowing eye, and has clawed bone hands. Unlike most other Angels, Darius did not want to fight against the Demons. This is evidenced by the fact that when he was sent to Hell to fight the Demons, he instead took in three young Demons and treated them like his own children.

He was also very powerful, given his access to all three Angel Emblems , and would use his powers whenever they were needed. This part of him has so far only been brought up once and otherwise is subtly brought up outside the comic. As Death he is still quite kind and affectionate in regards to Buwaro the reason being because he is actually Darius Elexion in disguised , and later Rhea, despite his role and ominous appearance.

He claims to always be fair in his judgements towards the dead, which he has to be as he decides who goes where in their afterlife. Whilst Darius conceals his true nature as an Angel , his act is not perfect, as he is readily acknowledged to be far more friendly and relaxed than the real Death. The real Death has been noted to be cold, methodical, and precise with an intimidating nature.

Darius Elexion was an Earth Angel who began keeping a diary in his early 20s. But that dream of peace was forever shattered when he was sent away to fight in Medius. The only way which to get there was through mysterious portals that swirled with dark energy. By a miracle he survived but then, by a Wind Angel, he was pulled into a portal to Hell.

He fell on his head and blacked out. When he awoke he was alone. For days he wandered Hell alone, feeling miserable as he never wanted to be a part of the war. From out of nowhere, a child demon bit his leg and introduced himself as Iratu. Darius accepted that he would likely never return to Heaven and was content with that. They soon came upon a river where they met Seymour Sinclair who informed them they were in the Ring of the Slightly Damned , a barren place outside the real Hell.

Darius and Iratu began to explore the Ring. For a long time they met no one but one day they came upon a wind demon child who introduced herself as Sakido. She tearfully described that she and her mother and other demons were attacked by strange people with white wings and rings on their heads.

Darius left her with Iratu and went to investigate and found many dead bodies of angels and demons, including, to Darius's horror, many demon children. He recalled similar incidents where angels young and old were slaughtered by demons, including his parents.

Even if they were demons, Darius was shocked that his fellow angels would kill children. With his earth magic, Darius buried all the bodies, including a demoness whose appearance matched the description of Sakido's mother. Darius never told Sakido her mother was dead and instead invited her to stay with him and Iratu. Though she could not fly with her tattered wings, Darius quickly noted Sakido to have a fondness for heights. Together they all traveled the Ring of the Slightly Damned for months, never seeing another soul.

Still, the three of them grew close, and Darius began to consider the two little demons as his own children. In his next entry, Darius wrote that his family grew with another member yet wished the circumstances had been happier when he found another orphan of war, Buwaro. With his magic, Darius protected his children.

The demon gave in and asked Darius to bury him with his mate, the mother of his son Buwaro before he finally died. Days later, Buwaro was born. And with him, a nightmare.

The infant was bigger than he had been so in his egg, his claws and fangs sharper, his eyes glowed red and he breathed laboriously. Even his tail was on fire. The infant reacted to Iratu by breathing fire at him and Darius recalled his lessons on demons, that how they go into berserk rages, becoming monstrous killing machines at the cost of their own lives. Darius theorized Buwaro was this way from the moment he was hatched due to the damage to his egg.

Left with no choice, Darius cast the infant into an enchanted sleep, and he introduced the sleeping infant to Iratu and Sakido as their new baby brother. But Darius was saddened that Buwaro might be fated to remain in a serene slumber forever or reawaken as a bloodthirsty monster.